Preview for July 2019 Plus Plus Comic

That said, I was just too blown away by the amazing story and all the tie-ins to really find any weird or sexy moments to super capitalize on. That is, until Captain Marvel and Doctor Strange swapped bodies!

I always wanted to write a bodyswap story, and with Black Widow and Spider-Man in the same comic, just couldn’t resist throwing them into the mix as well.

The result is one of the weirdest, more high-concept stories we’ve put together with what is probably one of my favorite panels that we’ve ever created. You’ll know what I talk about when you see it, trust me, and I hope you love it every bit as much as I do.

Things go awry in the middle of the Amazon rainforest after the Enchantress bodyswaps Doctor Strange and Captain Marvel. Black Widow and Spider-Man try to help, but when their efforts result in libidinous witchery, the escalation of sex magic makes things even worse. 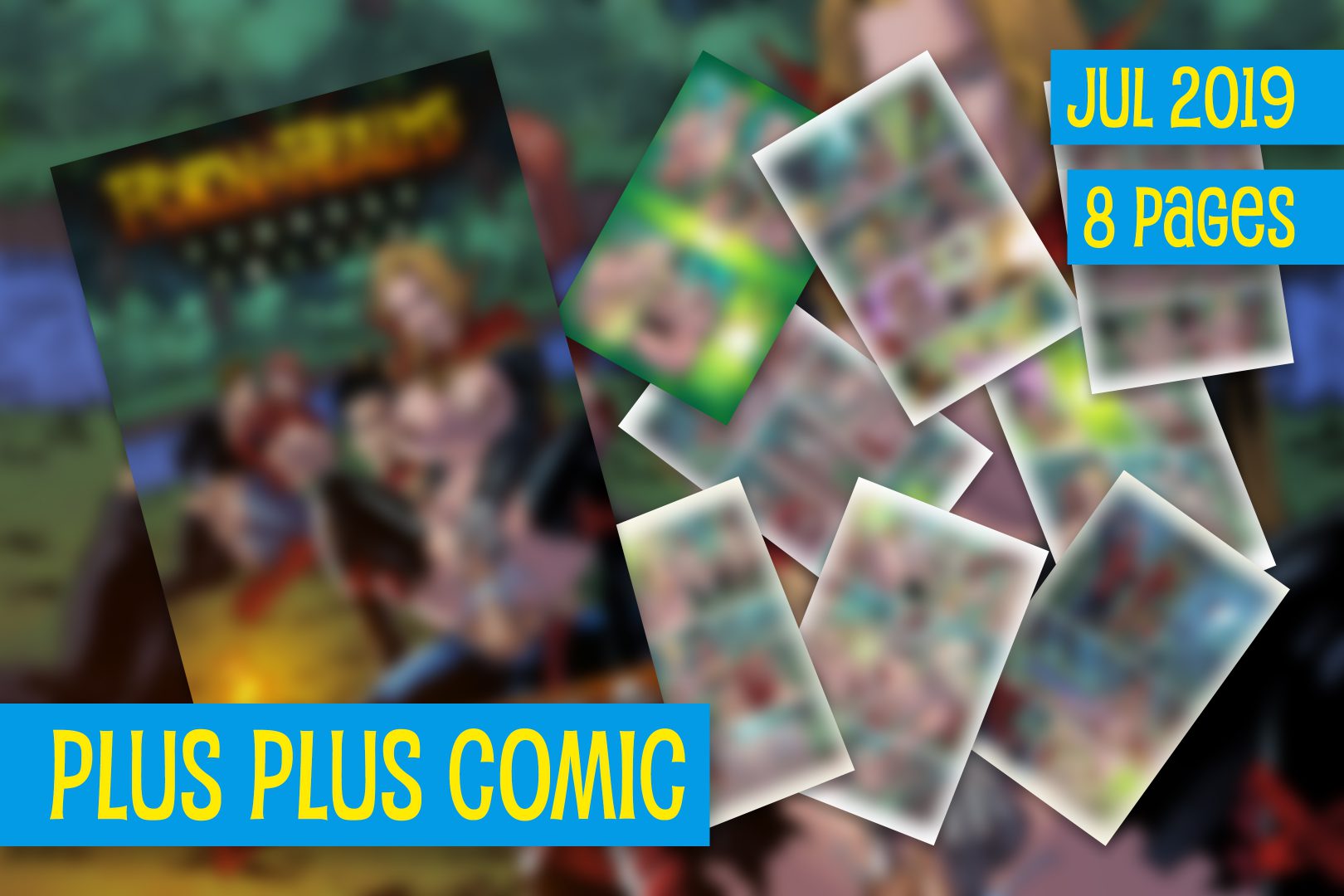 This comic was originally available to all Doers of Stuff, Plus Plus and up of July 2019. It (and all previous Plus Plus Comics) are currently available through Tracyverse Comics.